This glorious, Sunday Times bestselling collector's edition of J.K. Rowling's classic first story will take you on the magical journey of a lifetime. 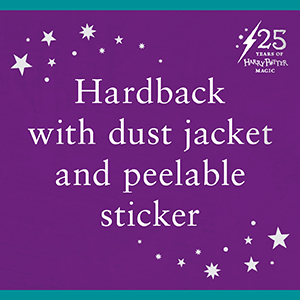 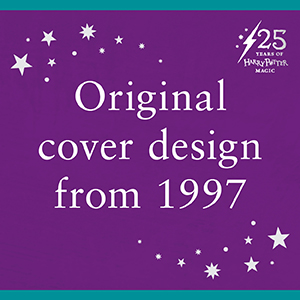 In celebration of 25 years of Harry Potter magic, Bloomsbury is proud to be releasing a special commemorative edition of the original story, with a wealth of special features and celebratory bonus content guaranteed to delight brand-new readers and long-time fans alike:

- Beautiful hardback edition for the perfect special gift
- Original front cover from the very first 1997 edition, illustrated by Thomas Taylor - one of the most iconic book covers of the twentieth century
- Available for one year only - get your copy while stocks last!
- Original drawings from J.K. Rowling's own archive
- Thomas Taylor's charming account of illustrating the cover for the first time, as a young artist
- Fully updated story text, with refreshed design, to provide the perfect reading experience 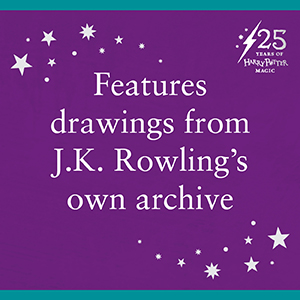 Harry Potter lives in the cupboard under the stairs at his uncle and aunt's house at number four, Privet Drive - until the day when a mysterious letter arrives from Hogwarts School of Witchcraft and Wizardry, and a giant on a flying motorcycle arrives to change his life with four simple words: 'Harry - yer a wizard.' 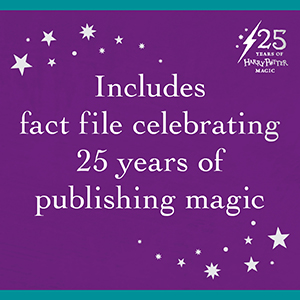 Since its first publication, Harry Potter and his epic adventures have become a cultural phenomenon, bewitching millions of readers all across the globe. This irresistible anniversary edition will bring back treasured memories for the fans who remember the excitement when Harry's journey first began, as well as introduce a new generation to the unforgettable story of the Boy Who Lived. 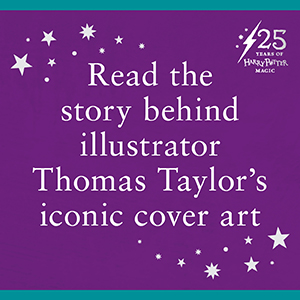 J.K. Rowling is best known as the author of the seven Harry Potter books, which were published between 1997 and 2007. The enduringly popular adventures of Harry, Ron and Hermione have gone on to sell over 500 million copies, be translated into over 80 languages and made into eight blockbuster films. Alongside the Harry Potter series, she also wrote three short companion volumes for charity: Quidditch Through the Ages and Fantastic Beasts and Where to Find Them, in aid of Comic Relief and Lumos, and The Tales of Beedle the Bard, in aid of Lumos. J.K. Rowling collaborated with playwright Jack Thorne and director John Tiffany to continue Harry's story in a stage play, Harry Potter and the Cursed Child, which opened in London in 2016 and is now playing worldwide. In the same year, she made her debut as a screenwriter with the film Fantastic Beasts and Where to Find Them, the first in a series featuring Magizoologist Newt Scamander, which was inspired by the original companion volume. J.K. Rowling has also written a standalone novel, The Casual Vacancy, and is the author of the Strike crime series under the pseudonym Robert Galbraith. Both have been adapted for television. In 2020 J.K. Rowling returned to publishing for younger children with the fairy tale The Ickabog, the royalties from which she is donating to groups affected by the Covid-19 pandemic. Her latest children's novel The Christmas Pig, a standalone adventure story, was published in 2021. She has received many awards and honours, including an OBE and a Companion of Honour for services to literature and philanthropy. She lives in Scotland with her family.

Thomas Taylor studied illustration at Anglia Ruskin University, Cambridge. His first commissioned work was the cover illustration for a then unknown book called Harry Potter and the Philosopher's Stone by J. K. Rowling. Since then Thomas has written and illustrated many children's picture books, and is now writing fiction for older readers for A&C Black and Chicken House.