The Charm Offensive: A Novel by Alison Cochrun 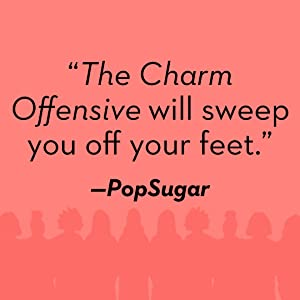 In this witty and heartwarming romantic comedy—reminiscent of Red, White & Royal Blue and One to Watch—an awkward tech wunderkind on a reality dating show goes off-script when sparks fly with his producer.

Dev Deshpande has always believed in fairy tales. So it’s no wonder then that he’s spent his career crafting them on the long-running reality dating show Ever After. As the most successful producer in the franchise’s history, Dev always scripts the perfect love story for his contestants, even as his own love life crashes and burns. But then the show casts disgraced tech wunderkind Charlie Winshaw as its star. 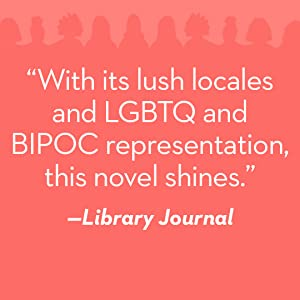 Charlie is far from the romantic Prince Charming Ever After expects. He doesn’t believe in true love, and only agreed to the show as a last-ditch effort to rehabilitate his image. In front of the cameras, he’s a stiff, anxious mess with no idea how to date twenty women on national television. Behind the scenes, he’s cold, awkward, and emotionally closed-off.

As Dev fights to get Charlie to connect with the contestants on a whirlwind, worldwide tour, they begin to open up to each other, and Charlie realizes he has better chemistry with Dev than with any of his female co-stars. But even reality TV has a script, and in order to find to happily ever after, they’ll have to reconsider whose love story gets told. 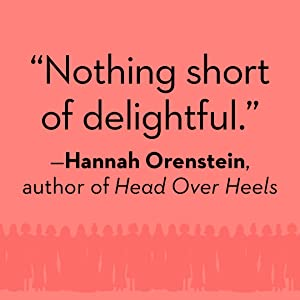 “Alison Cochrun’s debut is a gift, as fizzy and intoxicating as the champagne they ply reality dating contestants with… Charm Offensive is wondrous—a heart-in-your-throat romance that pulls you intractably into its orbit… Cochrun makes her debut with this title, but she proves amply to romance lovers that she's here for the right reasons. To quote a former Bachelorette, she did the damn thing. And then some.” —Entertainment Weekly

“Cochrun’s polished, smart, and delightful debut romance delivers all the quintessential feel-good moments of a great romcom... In between the meet-cute, quippy banter, and red-hot sexual chemistry, Cochrun also offers readers a thoughtful and caring exploration of gay love and the mental health struggles people with social anxiety and depression deal with every day.” —Booklist (starred review)

"Fans of 'The Bachelor' will fall in love with Cochrun’s sweet spin on a reality dating show....The Charm Offensive urges readers to scrutinize which love stories get told in Hollywood and pushes for a future where everyone gets to see themselves living happily ever after." —USA Today

"The Charm Offensive is a heartwarming rom-com with unforgettable characters who will challenge you to see love in a new light. Set behind the scenes of the fictional TV show Ever After, Alison Cochrun is unafraid to flip reality TV's tired tropes into fresh storylines. With entertaining insight into how the happily-ever-after sausage gets made and nuanced discussions about mental health and sexuality, this witty, moving page-turner is nothing short of delightful. Networks would be wise to take cues from Cochrun's ode to reality TV romance."
—Hannah Orenstein, author of Head Over Heels

"This book is my new obsession. As a longtime (and long-suffering) Bachelor fan, I grinned at all the winks to the franchise, cheered at the subversions of reality TV tropes, and grew faint as Dev and Charlie danced closer to embracing their true feelings—and even truer selves. Heart-stoppingly romantic and radiantly empathetic." —Rachel Lynn Solomon, author of The Ex Talk

"The Charm Offensive will sweep you off your feet." —PopSugar

“With its lush locales and LGBTQ and BIPOC representation, this novel shines, especially for readers underrepresented or underappreciated in mainstream romance. For fans of Kate Stayman-London’s One To Watch and Casey McQuiston’s Red, White & Royal Blue.” —Library Journal

“Alison Cochrun twines an earnest exploration of mental health and sexuality through a truly mem­orable love story… Cochrun’s clever behind-the-scenes glimpses of ‘Ever After’ will delight reality TV fans, but it’s The Charm Offensive’s tenderness and deep, believable emotion that will linger in readers’ hearts.” —BookPage (starred review)

“Perfect for fans of Casey McQuiston and Cat Sebastian . . . . The Charm Offensive is a funny, diverse, subversive romance that brings an unexpected happily ever after to a reality dating show.” —Shelf Awareness

“[N]ot just a fluffy LGBTQ+ rom-com. It starts out looking as though it might be a scathing satirical sendup of reality TV romance dating franchises, then subtly segues into a searing exploration of gender identity, sexism and mental health... The Charm Offensive succeeds in becoming an enthralling, entertaining and thought-provoking novel.” —Portland Oregonian

“This book is special. It is sweet and funny, the way rom-com novels ought to be, but it’s also deeply honest about the human experience.” —Book Reporter 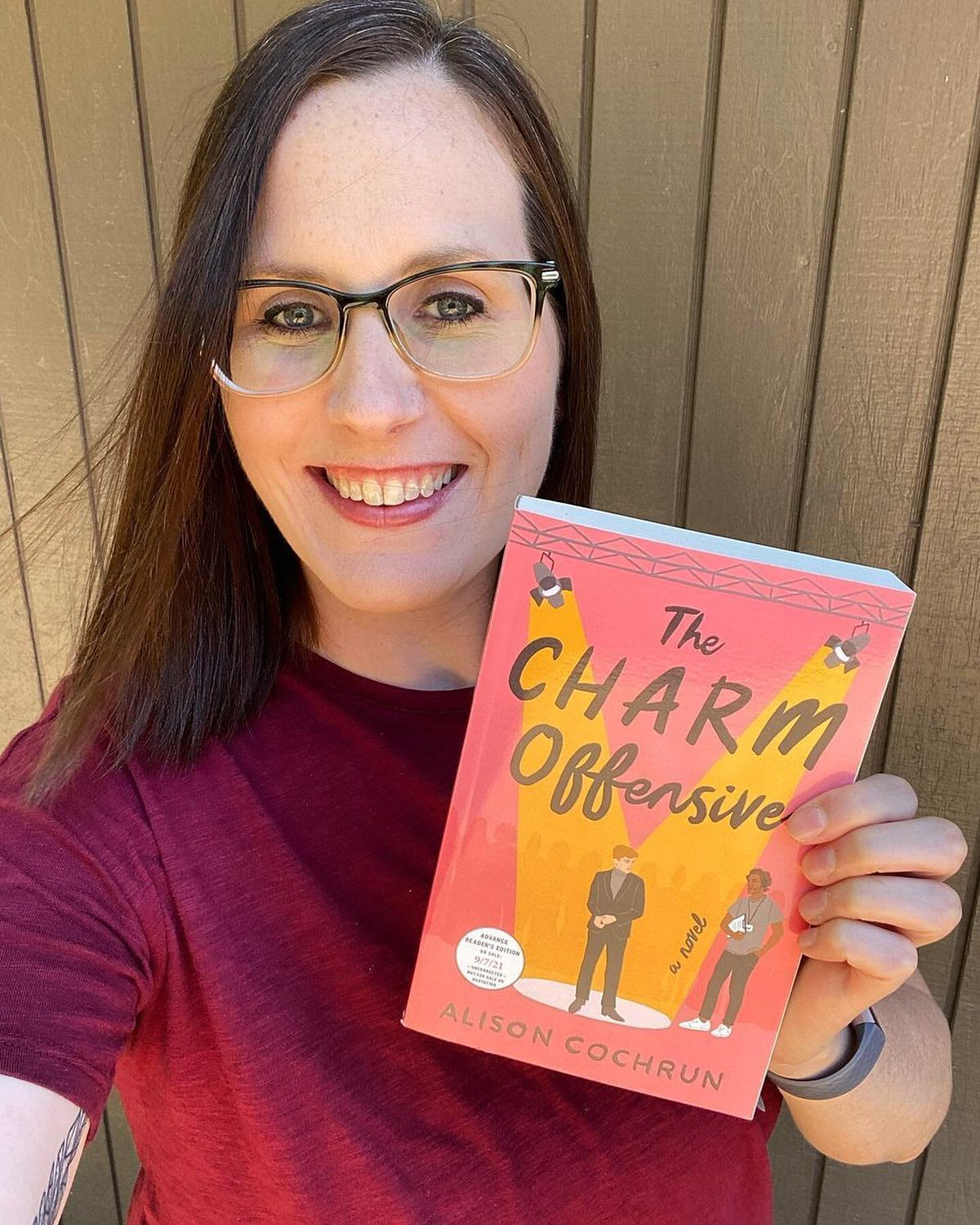 Alison Cochrun is a former high school English teacher and a current writer of queer love stories, including her debut novel, The Charm Offensive. She lives outside of Portland, Oregon with her giant dog and a vast collection of brightly colored books. You can find her online at AlisonCochrun.com or on Instagram and Twitter at @AlisonCochrun.